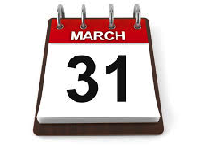 Just a reminder that March 31 is a very important deadline for the MWPBA:

The schedule for competitors participating in the Milwaukee, Wisconin Regional Solo Contest is available here.  This event takes place at March 9, 10:00 a.m. at:

Best of luck to all the competitors!

The 2019 Louisville Regional Piping Solos have been completed, and the results are posted.  Thank you to everyone whom attended and made the event a success!

The top 3 contestants in each grade are eligible to compete in the Terry McHugh Memorial Solo Piping Contest, taking place on May 4, 2019 in Park Ridge, IL, and have already been enrolled.